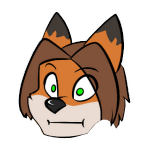 1 of 18
Add photo
Im sethg, I started playing Godzhell around January 2012. I made the horrible mistake of trusting some of the so called "legends" on here. But you can't get rid of Seth that easy.

And no matter how dead Godzhell becomes, or how much unfortunate crap happens to me, Ill be here until the end.

If you're a new player reading this, take some advice: Dont trust anybody; only go by what your gut tells you, and if you get scammed, make sure that you're better because of it.

Retrieved from "https://godzhell.fandom.com/wiki/User:Sethg?oldid=9998"
Community content is available under CC-BY-SA unless otherwise noted.